The Denny ship model experiment tank is well known for its role in the advancement of ship design. But did you know that experiments in the tank also led to the development of the helicopter?

Edward Mumford and J. Pollock Brown designed the first prototype and it had its maiden flight in 1908. The engine was found to be unreliable and heavy and with alterations it rose in the air under its own power on 7th September 1912. A final version was test run took place on the river in 1914 but the outbreak of World War I meant that further testing was halted. 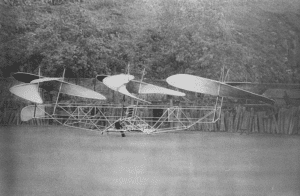 Here are instructions and a template of a paper helicopter to make at home. After you have had its maiden flight can you make any alterations to make it spin faster? 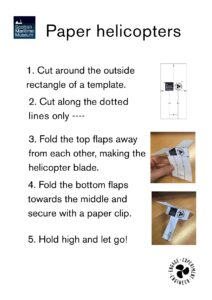