During World War I ships were painted in ‘Dazzle’ patterns to try and confuse German submarine officers using periscopes. This meant they couldn’t quite believe what they were seeing! The patterns distorted the shape of the boat and made it difficult for the officers to work out its size, speed and direction.

The idea was thought of by Navy lieutenant Norman Wilkinson and, though is seems illogical, it was effective. The technique was also used in World War II and painted on decks of ships to confuse aircraft. 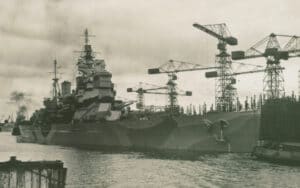 Here is a template of a ship to paint, draw or edit. You could research some geometric patterns to help you with your design. 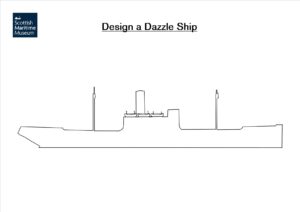