Sometimes interesting stories come from unexpected places, as was the case when I was reviewing the paperwork we have for an item we are currently loaning to the V&A. We were approached in 2015 to lend one of our wooden casting patterns to the Peabody Essex Museum in Massachusetts, as well as the Victoria and Albert Museum in London for their international exhibition Ocean Liners: Speed and Style.  Patterns are forms or shapes used to mould the sand when casting shapes in metal, and ours were used to cast the outer casing of the world-record breaking turbines installed in the famous Cunard ocean liner QE2. The Pametrada design steam turbines propelled the QE2 around the world for a record breaking 2.6 million nautical miles, but it wasn’t all plain sailing. 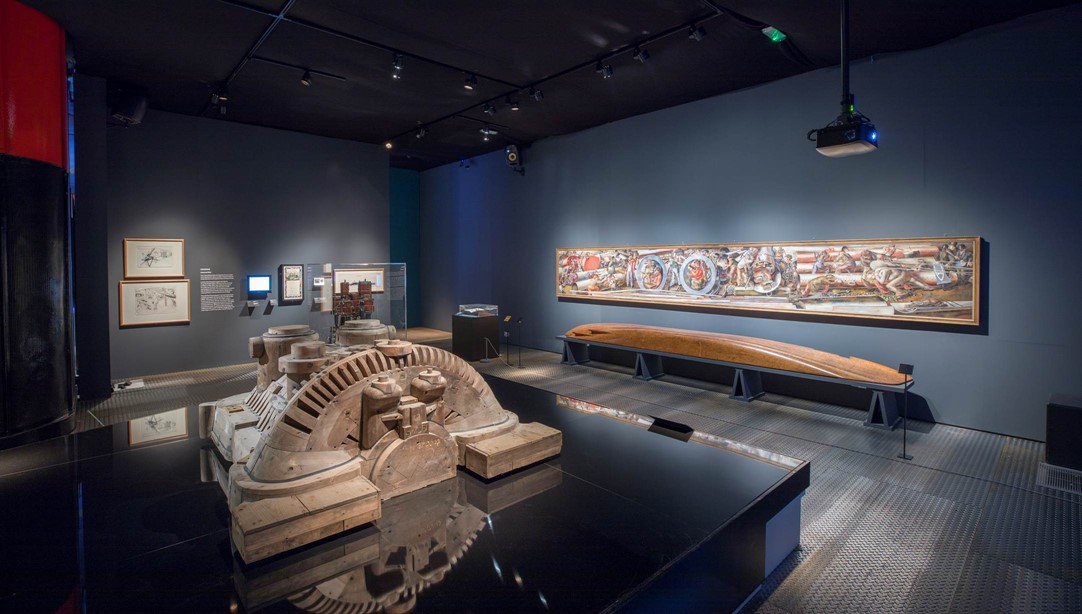 On Tuesday 24th December 1968, during a trial run to the Canaries (the purchaser, Cunard, had still not formally accepted the ship from the builder, John Brown & Co.) the starboard turbine started to vibrate, indicating a problem. On Boxing Day the problem worsened and by evening the portside turbine had also started to vibrate before a loud bump and grinding noise was heard. She could not be repaired at sea and with a massive loss of power QE2 limped to Southampton, a journey which took three days.

Cunard refused to accept the ship and no-one knew what the problem was until engineers opened the turbines for inspection in January 1969 and saw the extent of the failure: the rotor blades of one of the stages of the starboard high-pressure turbine had been stripped off. They had jangled inside the turbine, got caught up in other rotor blades, and stripped those off in turn. After much investigation it was discovered that the design of the blades was at fault, being weak at the base, and that the nozzles that directed the high pressure steam in the turbine were of Since a ship’s engines have to run at any speed across their working speed range, the turbine blades had to be designed to withstand operation at speeds which could cause resonant vibration. During the investigation, it was found that the blade designers had underestimated the stresses which could occur during resonance. In addition, the shape of the blade created a notch-like geometry which amplified the stresses further. Together, these factors initiated cracks which led to blade failures. The result was that, under these poor operating conditions, the rotors were sheared away at the root. Modifications were made to the rotor blade design, and the old blades were replaced. 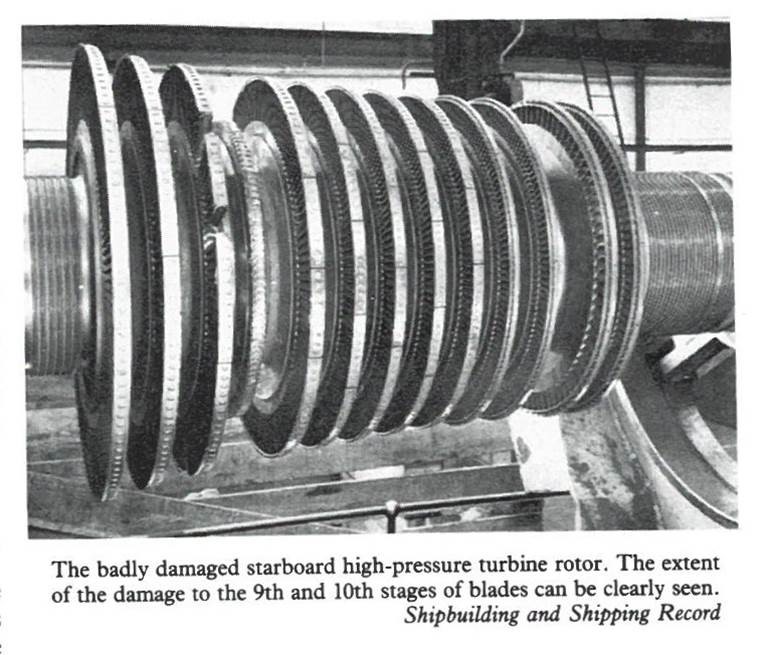 The incident caused massive reputational damage to John Brown & Co. at a critical point in Clyde shipbuilding – 1968 was the year Upper Clyde Shipbuilders was created which included John Brown & Co., which would fold in 1971.

You can see in this image of our turbine pattern where the piece it cast would have fit on the starboard turbine.

Despite these initial problems the turbines continued to propel QE2 for 2.6 million nautical miles over 18 years, that’s 144,444 miles annually. In 1986 however the decision was made replace QE2’s turbines with nine enormous diesel engines, halving fuel consumption. 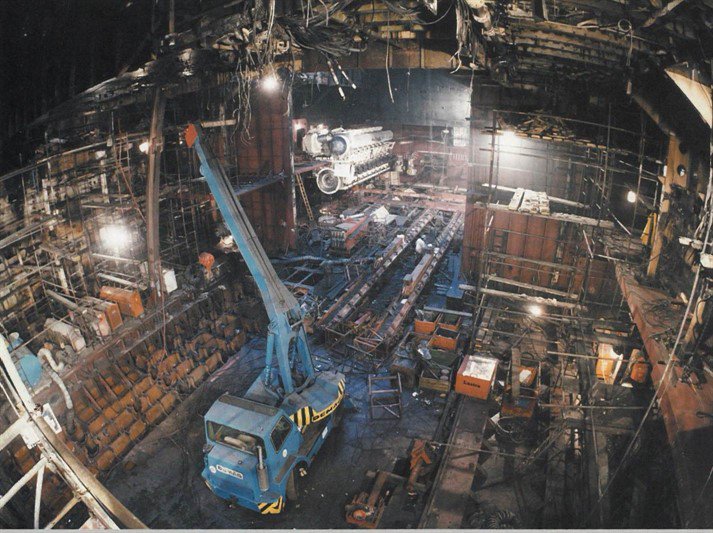 The original turbines were pulled out along with 4,700 tonnes of metal to be scrapped during a re-engine and refit at Bremerhaven, Germany.  Therefore the wooden QE2 patterns in the collection at the Scottish Maritime Museum are the closest we have to a surviving section of the original, controversial and record breaking Pametrada-John Brown turbines, and an important piece of Scottish engineering and manufacturing.

Ocean Liners: Speed and Style will next open at the V&A Dundee in September 2018. 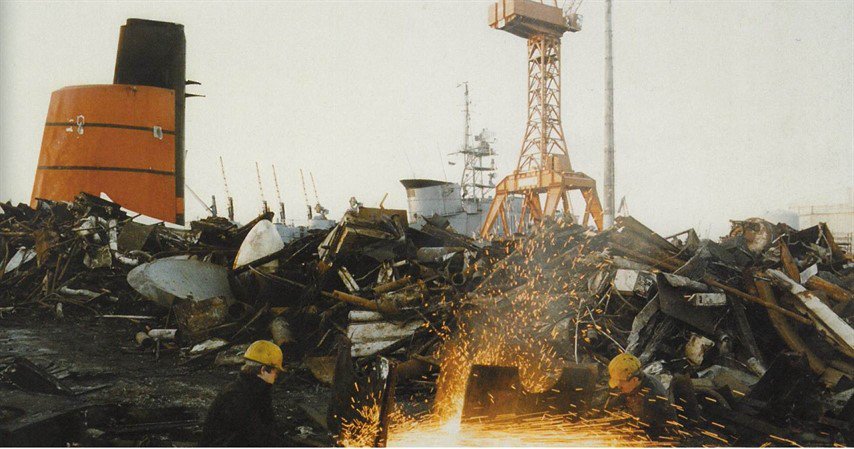